Joshua Project is a research initiative seeking to highlight the ethnic people groups of the world with the fewest followers of Christ. Accurate, updated ethnic people group information is critical for understanding and completing the Great Commission. Revelation 5:9 and 7:9-10 show that there will be some from every tribe, tongue, nation and people before the Throne.

Joshua Project seeks to answer the questions that result from the Great Commission's call to make disciples among every nation or people group:


Joshua Project gathers, integrates and shares people group information to encourage pioneer church-planting movements among every ethnic group and to facilitate effective coordination of mission agency efforts. Joshua Project compiles the work of numerous missions researchers to develop a list of all ethnic peoples that is as complete as possible. Errors, duplicates, and overlaps may exist and the data is continually being updated. We welcome feedback of all kinds!

From this overall ethnic people group list, a subset of unreached / least-reached peoples has been identified based on the criteria of less than 2% Evangelical and less than 5% Professing Christian. This subset helps focus attention on the unfinished task of the Great Commission. We desire that this list be used by mission agencies, denominations, churches and missionaries to accelerate the Gospel's advance into each of the least-reached people groups. Joshua Project has also developed a Progress Scale a spectrum of reachedness rather than a simple on / off indicator.

Joshua Project began in 1995 as part of the AD2000 and Beyond Movement. From 2001 through 2005 Joshua Project was at different times informally connected with Caleb Project, ICTA and World Help. Since 2006 Joshua Project has been a ministry of Frontier Ventures (formerly known as the U.S. Center for World Mission).

Data is gathered from a worldwide constituency of researchers, field workers, agencies and denominations.

We serve missions agencies, denominations, churches, and individuals around the world that have a heart for pioneer church-planting among the world's least-reached people groups. Data is gathered from a worldwide constituency of field workers and their agencies, brought together into a database, and within security guidelines, provided free of charge to the global Church.

Regular users and providers of Joshua Project data include: international researchers and church-planters, local churches and individuals, denominations and mission agencies. Field workers utilize the information for building prayer and vision for their ministries and discovering what ministry tools may be available. Local churches see value for missions mobilization, and for finding agencies with whom they can partner to see pioneer churches established among unreached / least-reached people groups. Mission agencies use the data to strategically determine where to send new church-planting teams and for partnership development to avoid duplication and waste of kingdom resources.

Joshua Project is a small team of four staff members.

A Small Staff and Budget ... A Significant Impact

Joshua Project is a small team of four staff members. No staff receive salaries; each is responsible for raising their own personal funding, just as traditional missionaries do.

As an organization, Joshua Project is not involved in formal fund-raising and receives no funds from our parent organization or foundations. We receive no income from sales or services. Joshua Project operates on a very small amount each month. All gifts are used to pay for basic operating expenses and limited subsidies for staff whose support level has decreased below basic income needs.

Joshua Project is able to continue catalyzing pioneer church planting among the least-reached peoples of the world through the gracious gifts of God's people. Click here to donate. 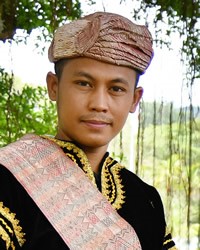 Joshua Project  Copyright © 2023
A ministry of